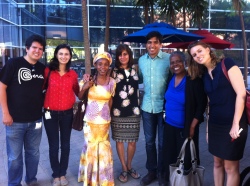 Coumba Toure, Ashoka’s champion and leader of the Empathy Initiative in Africa, came to the Bay Area for a couple weeks during July of 2014. Coumba and Radhika Shah, co-founder of Ashoka Silicon Valley, explored synergies and brainstormed with Bay Area philanthropists, changemakers, and many more around the subject of girl’s education in Africa. Ashoka’s Silicon Valley chapter set up very effective meetings with Steve Toben of the Flora Family Foundation, Children International, Draper Richards Kaplan, Google, SCU’s Global Women’s Leadership Center, African Diaspora Network, Stanford’s Graduate School of Business and Priority Africa Network and Radhika Shah and Eloise Duvillier from the Ashoka Silicon Valley chapter went to these meetings with her and her spirited children! Coumba also spoke at Google and discussed her work to fight for girls’ rights and empowerment as well as giving girls the tools to become changemakers themselves.

Coumba and Radhika then envisioned ways to connect the multitude of Silicon Valley resources to this cause with all of these Silicon Valley thought leaders. At end of the trip, a lot of ideas came out about ongoing engagement between the Silicon Valley and Ashoka Africa. If you are interested in exploring synergies with Ashoka in Africa and the Silicon Valley chapter, please contact Radhika Shah at radhika_s_shah@yahoo.com or Coumba Toure at ctoure@ashoka.org. 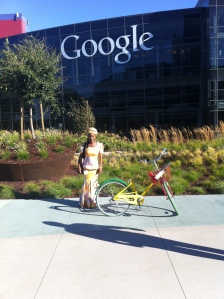 Born and raised in West Africa, Coumba Toure is a changemaker and an artist. She writes and publishes children’s books and other education material through Sogoba. Sparking imagination and strengthening citizenship in children is linked to a broader effort to enable young adults to contribute to decision-making and problem-solving in society. Coumba focuses on material production as a means to spread social justice, she has facilitating hundreds of educational workshops worldwide on gender, race, economic justice, and AIDS. Coumba speaks regularly at universities and conferences and contributes as a Board member to several citizen organizations. 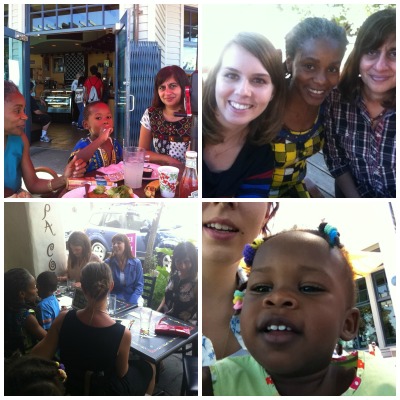 Pictures of Coumba’s Time in Silicon Valley, including her adorable children! 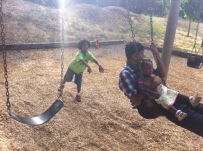 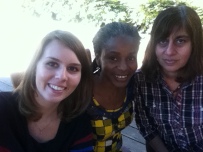 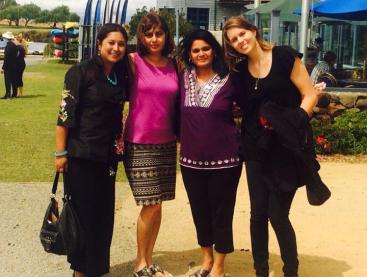